The Convention for Cooperation on the Protection, Management and Development of the Marine Environment and the coastal zones of the Atlantic Coast of the West, Central and Southern Africa Region – simply known as the “Abidjan Convention” – is hosting a gathering of envoys to finalise amendments to its procedures that were proposed and adopted by Parties at the Twelfth Conference of the Parties (COP12) to the Convention held in March 2017. The forum, tagged the “Plenipotentiaries Meeting”, takes places in Abidjan, Ivory Coast, from July 2 to 3, 2019. Highlights of the meeting is the presentation of the final version of the additional Protocols to the Abidjan Convention and the Integrated Oceans Management (IOM) regional policy guideline to the Parties for signature – and, by implication, adoption and ratification. &nbsp; ALSO READ: 12 states to experience flooding, warn NEMA, NHISA &nbsp; Besides the policy on IOM of oceans in the Abidjan Convention zone, the fresh protocols are on: pollution from land-based sources and activities; environmental standards and guidelines for offshore oil and gas activities; integrated coastal zone management; and sustainable mangrove management. According to the Convention, the two-day meeting will also be an opportunity to present the methodology to ensure proper post-signature process through implementation and transposition of the Protocols to ensure proper transposition and implementation at the national levels. The Plenipotentiaries Meeting’s first session, which is the opening ceremony, will enable the Convention authorities and the Chairperson of the Bureau to reiterate the commitment of the countries to have the cooperation tools at their disposal, as well as to remobilise the partners around the implementation of the Abidjan Convention. &nbsp; ALSO READ: Nigeria develops funding proposal to access climate fund &nbsp; The second session features the presentation of the protocols, which the Convention says is an opportunity to recall the content of the protocols and the protocol complementarity axes between the protocols and the actions already underway in the Canary Current Large Marine Ecosystem (CCLME), Guinea Current Large Marine Ecosystem (GCLME) and Benguela Current Large Marine Ecosystem (BCLME) regions. This is then followed by the main business of the meeting: the session whereby each Party will sign the four Protocols documents. Following these signatures, the chair of meeting will officially announce the ratification of these protocols by the Parties. The final session, the debriefing and closing ceremony, allows the main conclusions of the work to be consolidated in plenary, the roadmap to be validated and the next steps to be considered on a note of hope. &nbsp; ALSO READ: Japan struggles to deliver relief to victims of worst floods in decades &nbsp; According to the Convention, the protocols and policy were the subject of national consultations with the aim of reflecting national concerns as far as possible in the Protocols’ documents. To this end, the Convention Secretariat set up three teams of experts to travel across West and Central Africa between July and October 2016 to conduct the national consultations. At least 50 participants per country reportedly took part in the consultations. The results of the national consultations and meetings of the Abidjan Convention’s Committee on Science and Technology (CST) were presented and adopted by the Parties at the Convention’s COP12 held in Abidjan in March 2017. 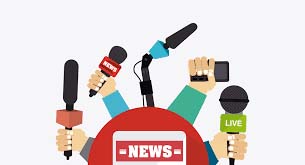